Enjoy this film made by Kent Association of Pole Lathers and Green woodworkers about our recent coracle making event. 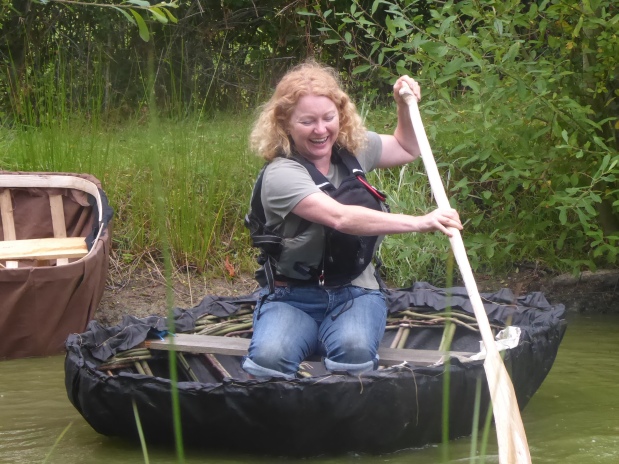 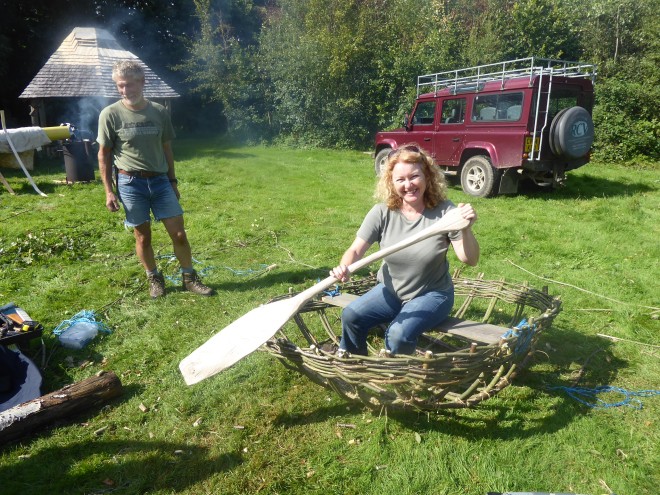 Great day out on Monday with the Kent Association of Pole Lathers and Green Woodworkers building a coracle in the woods near Iden Green.

Two were under construction, one with steam bended wood and covered with canvas and the other made from willow and tar covered cloth (left to dry for several days so it didn’t contaminate the water). I got stuck in with the willow vessel, which we called Doris.

By the time I arrived the outline of the coracle was already taking shape. Long willow poles were laid out in a circle and woven together at the bottom. We then set about bending each pole over and slotting it down among the weaving.

If only I had been allowed in the scouts I would have known all about timber hitch and clove hitch knots, but alas, I had a short-lived career as a brownie, which ended up with me rowing with my pack leader as I thought I could do the job better!

Still, with the gangs help I was soon lashing poles together with the others.

A quick try for size and then we added the calico. I was a bit sceptical at this point as to Doris’s seaworthiness as daylight could  clearly be seen through the cloth and the other boat covered in canvas looked a bit more robust 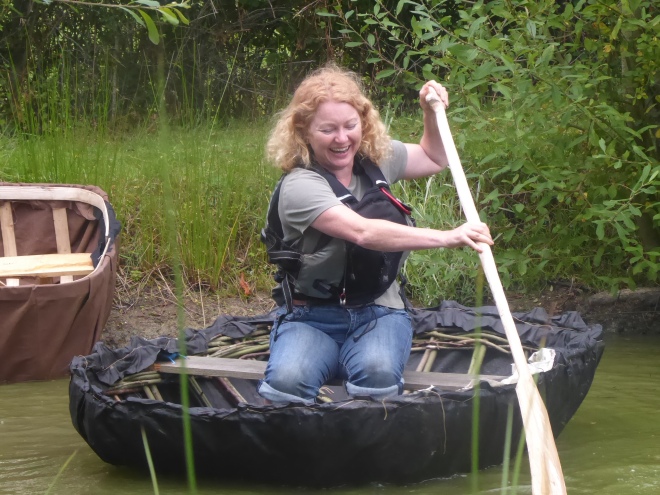 But, oh me of little faith, Doris floated beautifully, well she let in a little water, but not enough to put me off taking her for a paddle around a rather large pond. First I simply spun in circles but then, with ample instruction from the bank, I got the hang of things a little and managed to stay afloat and head in a straight line.

The APT&GW make the most amazingly beautiful things out of wood and you could join them. Projects take place all through the year and it costs very little to get involved.

Frankly, as I headed home through the Kent lanes I felt that this is what life should be about. Having a grand fun day in the woods with the nicest people and creating something you never thought you could.

I celebrate all things Sheppey at Elmley Marshes this Saturday.

There is still time to book onto Saturday’s walk at Elmley Marshes which is stunning at any season. Please book your place and I will attempt to thrill and delight you with some wildlife sightings!

The walk is free but the Elmley Conservation Trust request a £5 parking charge.
Booking Essential – email msep@medway.gov.uk to book a place.